We dedicated the Pope Francis House! The celebration was on Monday, April 4. Bishop Swain blessed the home and the family. We felt blessed to share in this experience with others who feel so inspired by Habitat’s work and mission. The anonymous donor was not able to join us and appreciated the opportunity to remain anonymous. While we were bummed, we cannot put into words the meaning building a Pope Francis House had for us and we’ll be forever grateful to the donor family.

The purpose of the build was threefold

1. To honor Pope Francis for his commitment to social justice and reinvigorating the Catholic Church.

2. To provide a unifying, celebratory opportunity for both Catholic and non-Catholic volunteers to work together towards a common goal. As Pope Francis says, “Work confers dignity.”

3. To further Habitat’s mission of building and preserving homes.

Nyapine, who earned the Pope Francis House, worked with The Rosies. The Rosies are an all women’s volunteer group that works the first Saturday of every month. 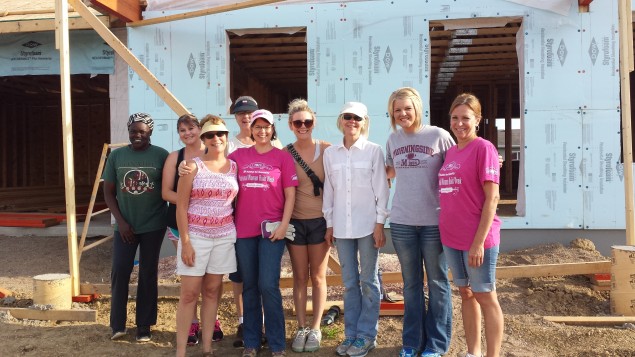 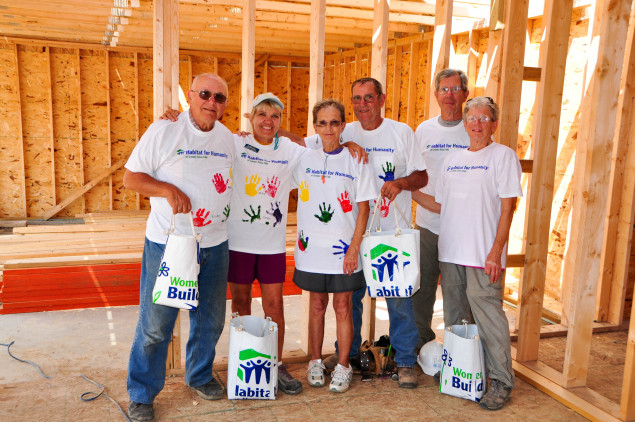 Augustana College Football Team community day in May, 2015 was spent in Habitat world again this year. They put on the foundation membrane on four homes on E 69th Street N. The membrane waterproofs the foundation. The photo album. 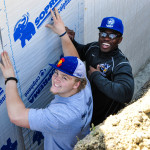 We hosted Women Build Day 2015 in May, and one of the four homes they worked on was the Pope Francis House. Fifty volunteers descended upon E 69th Street N, setting the foundations, enjoying a nice lunch provided by Pizza Ranch, and building camaraderie while building homes with and for others.  Here are the pictures! 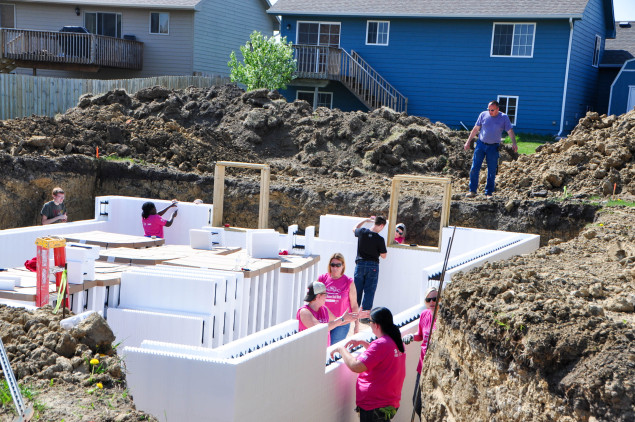 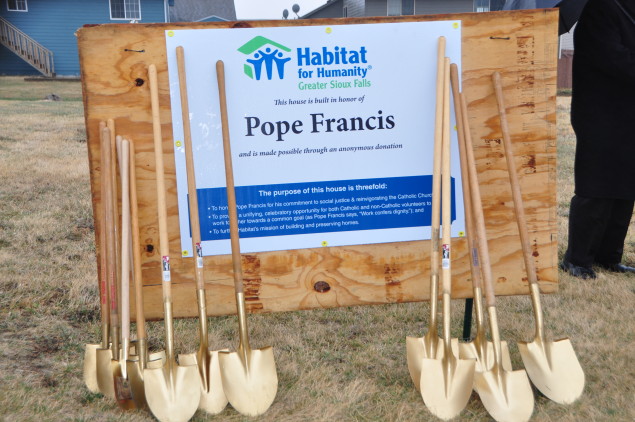 The partner family that purchased this home is headed by Nyapine Lia. She has four children, ranging in age from 8 to 15. Her oldest is a boy with autism. They could hardly wait for a home with more room that would allow Latjour space when he needed it.  Nyapine works at Amesbury, and helped build her family’s home. 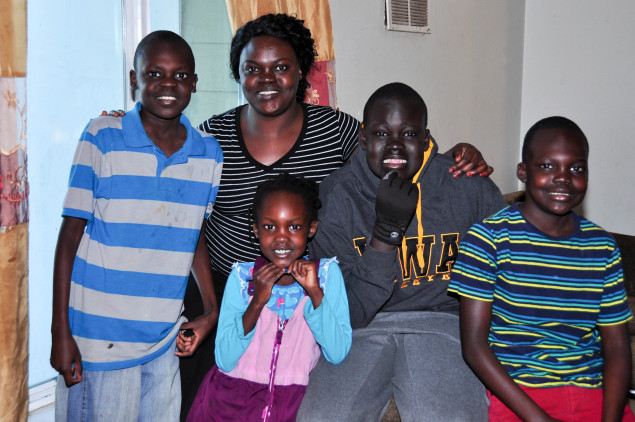 KELO shared the conclusion of Nyapine’s Habitat story during the dedication of her home.

KELO met Nyapine and spotlighted her story, during Pope Francis’ visit to the United States. She is beyond proud to earn the Pope Francis House and takes her four kids to the site every Sunday to walk around and talk about the possibilities. The sky is the limit!

KDLT joined us on-site for Women Build Day. Fifty female volunteers set the foundation for four homes on E 69th St N. The Pope Francis House is one of those houses. Homes where school work will be done at the kitchen table, where the smell of holiday meals will fill the house, where children will play in the yard. Thanks to KDLT for the coverage!