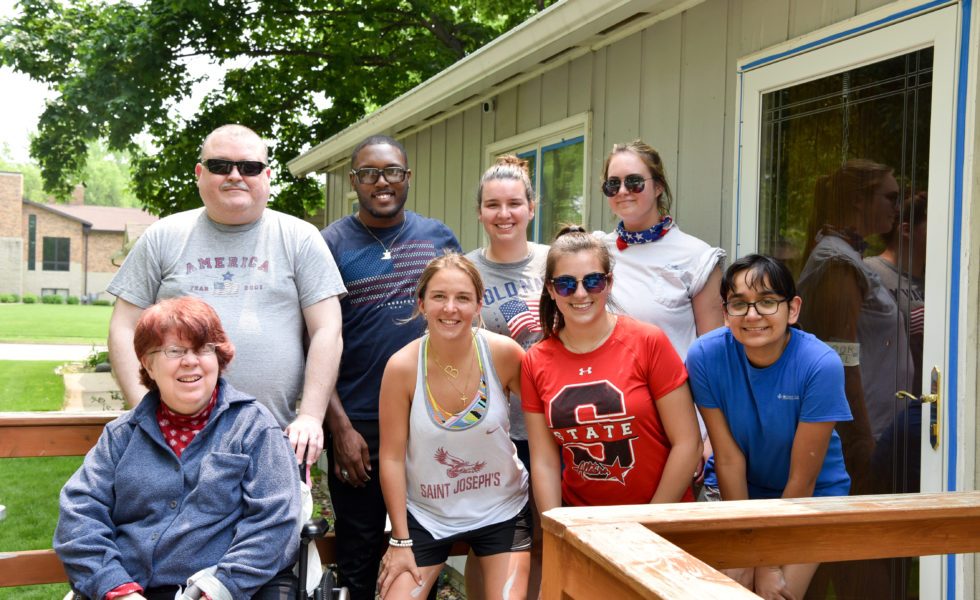 We love our stories! And our pictures! And our videos! Let us share a few of them with you…

Roda Weil’s story about polio… an arranged marriage… four kids… escaping war in Sudan by coming to the US… a Habitat house. She landed in Sioux Falls with her family in March, 1996. “I didn’t think it cold like inside the refrigerator,” she exclaimed. Upon disembarking the plane and seeing snow on the ground, her children shrieked that America was rich. We sprinkled sugar on the ground!

Patty Brito’s story about having three kids… getting divorced… choosing a Habitat lot in the neighborhood where she grew up… closing costs of only $20… paying off her house!

Tom Wierenga, who received two volunteer awards in one year and built with Jimmy and Rosalynn Carter in Mexico

Evan Ingebrigtson, who led the successful Breaking New Ground capital campaign (the Master’s Annex expansion) as our board president

Patty Brooks reflects on her first year as the Executive Director

Patty Brooks is hired as Executive Director, upon Sue Olsen’s retirement after 11 years of service