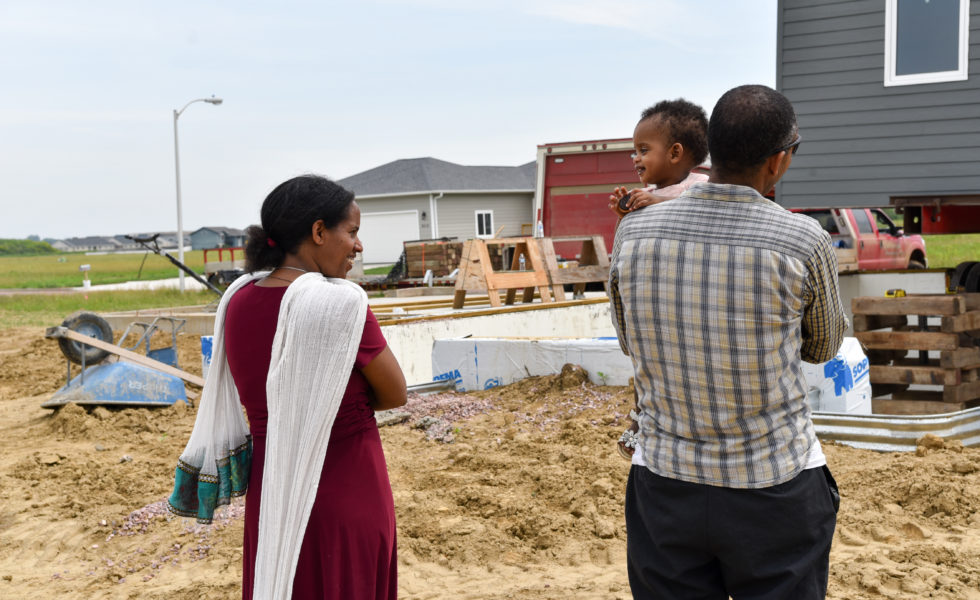 Children raised in a Habitat home are twice as likely to go to college.1

57% of adults in Habitat households report furthering their education.2

Low income children typically perform at a lower level in school. This may be due to a smaller brain surface area, as revealed in a Scientific American study.

There were 1,275 homeless students in the SF School District, school year 2017-18, as of November 11, 2018. By definition, they moved around a lot, lived doubled up, or lived in a temporary shelter, for example.3

30.8% of individuals with disabilities live below the poverty line in SD.6

Work to get ahead

Habitat homeowners have more disposable income after moving into their Habitat home.7

To afford a two-bedroom apartment, a person needs to earn $15/hour.5

135% increase in families inviting people to their homes. It’s the greatest indicator of dignity in home ownership. It was dubbed the “sleepover test!”  by the director of Habitat for Humanity Toronto.8

Housing is considered affordable when it is about 30% of a family’s or person’s income.