We were honored to win the full house sponsorship in the 2015 “Let’s Come Together & Give” contest at Kum & Go! Kum & Go has 430 convenience stores in 11 states. During the month of April 2015, they encouraged customers to “round up” their sales and make donations to Habitat for Humanity. The region with the most donations in comparison to store traffic won a full home sponsorship.

The campaign generated more than $480,000 for Habitat! You can sense Kum & Go’s enthusiasm in their announcement.

We had the opportunity to work with Prairie Aerial and create this magnificent drone video of a Habitat build from the sky!! Watching the Kum & Go House rise up from groundbreaking ceremony to foundation work to blitz build week to volunteer labor to dedication brings a Habitat devotee to tears.

We have another one for you! It’s not a drone, but just as touching. Carrie of Kum & Go interviewed the four partner family daughters about what home means…

We hosted a blitz build September 15-18. Kum & Go and Habitat International leadership rolled up their sleeves, donned work gloves and started building. They worked alongside the local Kum & Go employees who helped make this campaign a success for the Greater Sioux Falls area. The partner family bore witness to much progress on their home in a short amount of time. It was awesome watching new friendships being made!

We kicked-off this build and broke ground on Wednesday, August 19. We think we can call it the muddiest groundbreaking ceremony ever! After days of rain, we appreciated the break in the clouds. We weren’t as fond of the 2″ of mud on our shoes. All in a good day’s work at Habitat! We celebrated with Kum & Go, and Bernard and his family. The family pastor offered a moving prayer.

Bernard and Julienne have four girls – two teenagers and two are grown. Bernard works at John Morrell. They experience overcrowding and mold contamination at their current home. Bernard and Julienne speak Swahili, while their girls speak fluent English. It’s fun and interesting to watch cultures evolve as children grow up. 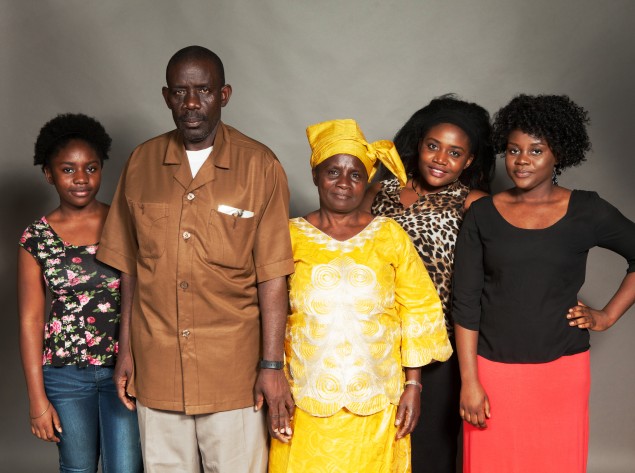