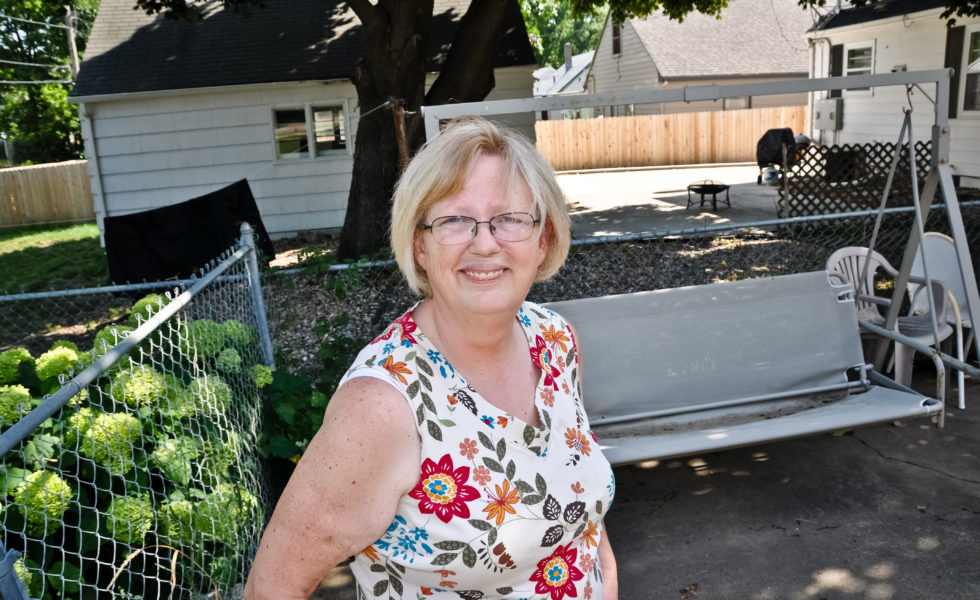 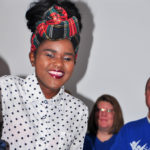 Shanga is the daughter of one of our homeowners. She worked hard to graduate from college and then enrolled in the Dress for Success mentor program, after her family earned their Habitat house. The experience of building her family’s home helped her gain confidence and believe she could graduate from school! Dress for Success taught Shanga about professional expectations, helping her increase her income potential, and eventually own her own house, she hopes.

“I start volunteering at Habitat for Humanity since in high school. My friends are getting the Habitat house and she invited me to go work from there house and I start from there. I enjoyed working for Habitat for Humanity, the volunteer were all friendly and I fall in love with that. Every weekend I would go there and work. I loved working there and it was amazing to help the community and build a strong relation to the community. It not just working in the community it also help you build a strong afford in your field that you choose to work for. You need to have a strong communication with people, because you will be working with people around you. It help you proper you for your future career. For example I want to work in a clinic, there are many people that I am going to meet. I need to know how to communicate with them and also how I am going to talk to them. Habitat is a great place for you if you want to build your strong communication in a community or helping the community.” Read more of Shanga’s Applied Learning Project paper for Globe University… 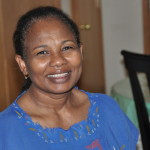 “If I have anything to move, I can move,” Roda Weil has been telling polio for 37 years. She contracted polio at the age of 10, paralyzing her right side and causing extreme pain in the left side due to overuse. She was married at the age of 14 in an arranged marriage. The union lasted for 19 years and bore four children. In 1996, she traveled with her family to the US, escaping war in Sudan. The same sense of perseverance that did not allow her to collapse under the strain of polio, led her to Habitat for Humanity and allowed her to construct her own home for her kids.

Roda was encouraged to approach Habitat Sioux Falls by a friend at her church, Faith Temple. It was 2003. She was 36-years-old, a single mom of four children ages 4 to 16, and gainfully employed. She had come to South Dakota by way of Uganda and Egypt, where she had received a college education to be a teacher. In the US she worked in production at a medical supply company. It still offered a safer, more secure life that she treasured. “No guns, no war.” Although, the cold winters were a shock! “I didn’t think it cold like inside the refrigerator,” she exclaimed. Upon disembarking the plane and seeing snow on the ground (it was March), her children shrieked that America was rich. We sprinkled sugar on the ground!

Being approved for a home within 98 days is a bright, fond memory of hers. She stamped the kitchen ceiling, while sitting on a stool. She helped build the front porch and kitchen island. “This country is blessed. Thank God for that. Thank God for your house. Every morning.”

Patty had heard about Habitat through a co-worker. She applied and was accepted! She was given the coveted opportunity to choose her lot. She drove around town and selected the Christ the King Church neighborhood, because she grew up around there. She put in her sweat equity hours, and moved in December of 1992. She remembers paying $20 in closing costs!

Ask Patty and she’ll tell you, “Habitat is wonderful program. It truly is a hand up. They gave me the extra push to get me on my feet.” After a divorce in 1984, she thought she’d probably never own a home. Life was tougher and more expensive than she’d expected. As a result, Patty and her three children lived in low income housing. She honestly believes that she’d be in an apartment, paying rent today, if it wasn’t for Habitat. Her three children are now grown and live in Sioux Falls, Wisconsin and Fargo.

Patty is the definition of house proud. She can’t believe all the things she has learned about home maintenance and improvement, while owning her own. They’ve redone the floors, painted, added new walls, refaced the kitchen cabinets and even rearranged them.

She paid off her home recently. “Do I really have it paid off?” she asked. She was very excited. It’s her “forever” house. And you can see it when she looks around, when she shows you the improvements they’ve made, and when walking around outside. She understands both sides –  the heavy, so to speak, of home ownership, the work and expense of it; as well as the, “Oh my God. Thank you, God.”